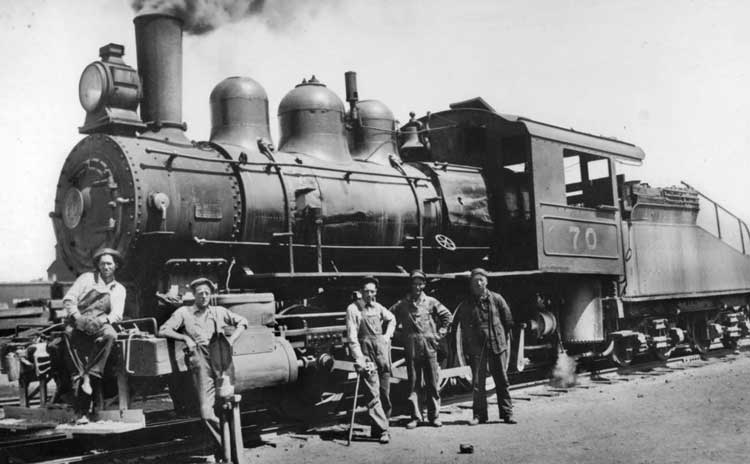 
The national rail/trail movement came into being in the early 1980s. About 1984 a national Rail-to-Trail Conservancy was founded. A few years later a couple in Kalispell came to a Flathead Valley Bicycle Club meeting with a proposal for the possibility of making a trail on the former Great Northern Railroad bed to Marion. Several of the Bike Club members listened, liked the suggestion, and agreed to meet for a discussion of the possibility. At that meeting it was decided that we should incorporate, get 501 C tax-exempt status, and see what we could accomplish.

That was in late 1988. From then until now, years were spent trying to learn what needed to be done, getting out the message about our goals, and raising funds to accomplish them. Our first success was in 1992 when the county decided to allow us to use the one mile of railroad bed that extended east from Dern Road. In October of that year the first section, which we called the Ashley Creek Trail, was formally opened.

Then came several years of frustration due to not knowing how to get cooperation from Burlington Northern Railroad to allow a rail with trail. Someone who lives close to Highway 2 and used the trail joined the group. She was determined to find a way to get the Railroad to respond and did. After many delays, stalling and setbacks, Burlington Northern finally agreed it was possible. Upon getting the agreement with Burlington Northern we then had to set about raising the matching funds to get federal CTEP funds to build it. Permits, engineering and design took what seemed like forever, but eventually things were in place. In October 2001 a paved mile of 10-foot-wide trail going west from Meridian Road to our first (unpaved) section was formally opened.

That actually was the third mile of trail. About four years before, the Flathead County Parks Department planned to purchase the Burlington Northern right-of-way from Somers north to Highway 82 and keep it available for a trail. The amount they set aside for purchase was far more than the appraised value of the right-of-way. So the Parks Department decided to use the excess to build the trail right then. The opening was in the fall of 1998. That is a one and one quarter-mile paved trail, and a very nice one at that.

That brings us to the present. A new 2.5-mile segment has been completed from Dern Road, along Highway 2, to Whalebone Drive. This means we now have about 5.5 mile of paved trail from Kalispell west to Ashley Creek.

The goal is to have the trail into Kila finished as soon as matching funds can be raised. Each $13.40 we can raise will be matched with $86.60 of federal funds to give a full $100 for the project. The folks in Kila have been very anxious to see the trail there to offer some protection for children going to and from school. The Kila people have contributed immensely in time, effort, and money to help this project on its way. Last summer and fall with a grant from Montana Fish, Wildlife and Parks and contributions of time, labor, and equipment from several generous excavation companies, nine culverts were put in place to make the trail usable. But at this point it is still unpaved. Because the trail crosses Ashley Creek twice, it may be a few years before a paved trail will be completed to Kila. The delay is due to the cost of bridges over Ashley Creek. The Montana Department of Transportation plans to rebuild Highway 2 west of Kalispell and the first thing they must do is replace the Ashley Creek bridges which are in deplorable shape. The Department of Transportation has told us they will add a sidewalk/bicycle path on the outside of the bridges when they are replaced.

Flathead Audubon's second 2003 Recognition of Outstanding Conservation Achievement was presented to Helen Pilling at our February meeting. Helen is the President of Rails to Trails of Northwest Montana.

Anyone interested in learning more about the National Rails to Trails Conservancy can visit their web site, www.Traillink.com. This site provides information about which states have how much trail. There are 11,313 miles in 1109 trails in the whole United States. Minnesota, Michigan, and Wisconsin have 3769 miles together. As of now, Montana has 11 trails with a total of 42 miles.